Sir Vince Cable is the politician people trust. He is former leader of the Liberal Democrats and former Secretary for Business, nimble with footwork as a star of Strictly Come Dancing and a highly-acclaimed author with a range of titles that run from insights on the rise of China to a highly acclaimed political thriller. Humphrey will be talking to Sir Vince about his pre-political career as a British diplomat, an economist and an academic; his road to the highest levels of government; and his writing, charity works and what he does for fun. There are two books at the heart of this gripping Goldster Inside Story. The first is The Chinese Conundrum: Engagement or Conflict, which explores why China has become a daily headline story painted as an enemy that we need to confront. Of course, beneath the black-and-white headlines are many shades of grey, which Humphrey and Sir Vince will discuss in detail. The second book is the thriller Open Arms, whose cover strapline reads: ‘To expose a conspiracy, one woman must risk everything’. Open Arms is described as an explosive thriller with unrivalled political detail and international intrigue. How much of it is true and what secrets will Sir Vince spill about life inside Whitehall and the intrigues of the House of Commons? To find out and ask your own questions, join Humphrey with Sir Vince Cable at 12.00 on Friday 3rd December. 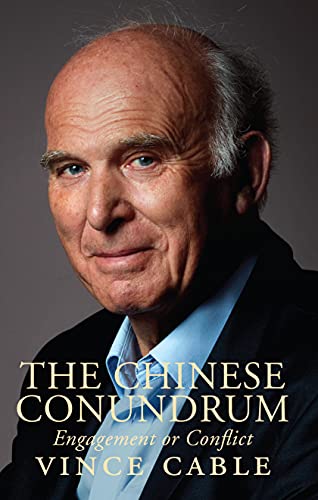