Inside Story With Tobias Jones

with Tobias Jones Author of The Dark Heart of Italy, Ultra: The Underworld of Italian Football 10 March 2022

Tobias Jones was on the staff of the London Review of Books and The Independent before moving to Italy in 1999. This led to his non-fiction book The Dark Heart of Italy and a series of crime-fiction novels, about a detective named Castagnetti.

Since that time, he and his family have returned to England, where they ran an experiment in communal living, a place for “all comers: recovering alcoholics, addicts and anorexics”. This experience was recorded in his book A Place of Refuge. His other non-fiction books include Utopian Dreams (an attempt to leave ‘the real world’), Blood on the Altar (an investigation of one of Italy’s most haunting unsolved crimes) and Ultra: The Underworld of Italian Football.

A former columnist for both the Observer and Internazionale, Tobias writes frequent articles for the British, American and Italian press. He has written and presented documentaries for both the BBC and for RAI in Italy. He has won various prizes, including the Daily Telegraph’s Football Book of the Year and a Frontline Club Award for Print. Jones lives in Parma, Italy, where he teaches journalism at the city’s university.

Join Lucinda Hawksley on 10th March at midday, as she chats to Tobias about Italy, football, and why Berlusconi allegedly hates him… 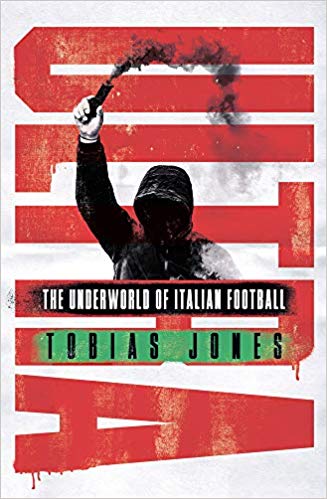