with Sophie Hannah Author of The Killings at Kingfisher Hill (Hercule Poirot story), The Couple at the Table 11 February 2022

How can any writer today follow in the footsteps of Agatha Christie? Join Lucinda Hawksley, as she chats to Sophie Hannah, and find out just what it was like to resurrect the world-famous detective Hercule Poirot. Sophie Hannah’s psychological thriller The Carrier won the Specsavers National Book Award in 2013 and, since that time, her career has never looked back – except when she was commissioned to go back in time and conjure up new mysteries for Hercule Poirot to solve.

Although best known today as a crime writer, Sophie’s literary career actually began as a poet. She published her first collection The Hero and the Girl Next Door in 1995, at the age of 24. This was followed by five further books of poetry, including Marrying the Ugly Millionaire (2015). She has been shortlisted for the T.S. Eliot Prize, and her poetry is studied at GCSE and A-level throughout the UK. Her first novel was Little Face (2006), the first of her bestselling Culver Valley Crime series of psychological thrillers featuring the characters Simon Waterhouse and Charlie Zailer. Her characters have also made it to the TV screen, adapted as the two-part drama series Case Sensitive (2011-2013) on ITV.

In 2020, Sophie published her fourth Poirot novel The Killings at Kingfisher Hill, and she is joining us at Goldster to celebrate the release of her new Waterhouse and Zailer novel The Couple At The Table (2022). Join Sophie and Lucinda Hawksley for Inside Story at midday on the 11th of February. 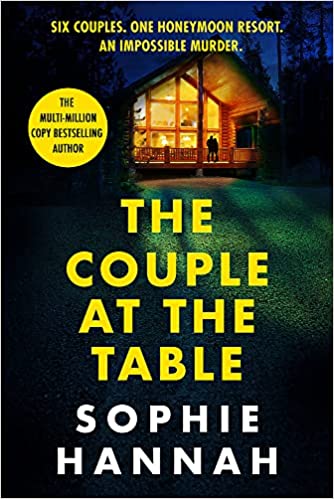