Martin Edwards has written more than twenty novels, including Gallows Court, Mortmain Hall, the Harry Devlin series (the first of which, All the Lonely People, was nominated for the CWA John Creasey Memorial Dagger) and the Lake District Mysteries. He is also the author of nine non-fiction books and seventy short stories and has edited more than forty anthologies of crime writing. In 2020, he received the highest honour in UK crime writing: the CWA Diamond Dagger.

Martin also conceived and edited Howdunit, an award-winning masterclass in crime writing by members of the world-renowned Detection Club, including other bestselling novelists, such as Ian Rankin and John Le Carré. Since 2015, he has been President of the Detection Club – his predecessors over the past ninety years include such luminaries as G.K. Chesterton, Dorothy L. Sayers and Agatha Christie. Martin is also the British Library’s consultant for their hugely successful Crime Classics series.

On Thursday 16th December, join Martin and Lucinda Hawksley as they discuss the history of crime fiction, the glories of the Golden Age and the everlasting appeal of the seasonal whodunnit. 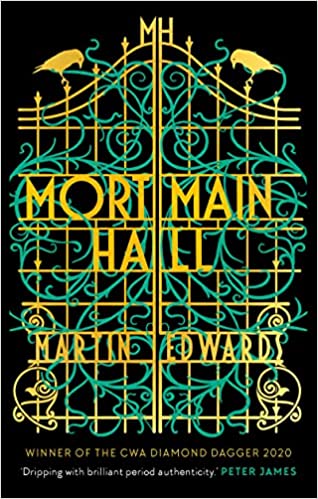