Where would you find The Day of the Jackal’s Frederick Forsyth, Game of Thrones’ George R. R. Martin, Rambo’s David Morell, and Jack Reacher’s Lee Child chatting together under one roof with a glittering array of authors, agents and publishers. The place would be the International Thriller Writers’ annual conference in New York hosted by executive director, Kimberley Howe who is an award-winning thriller writer herself. Under the name K. J. Howe, Kimberley has created, in  Freedom Broker and Skyjack,  a female hostage negotiator. Thea Paris, whose adventures take us through familiar international trouble spots to nail-biting endings. James Patterson praised Freedom Broker for its ‘terrific thriller writing and fascinating research’, saying ‘this is fact and fiction at its best.’ Humphrey will ask Kimberley whether she feels like a lone woman in the man’s world of thriller writing. Or is it no longer a man’s world? They will talk about the secrets of creating a best-seller, the agents, the editors and the luck of a roulette wheel. Kimberley will tell us about working with the top names in the business – how George R. R. Martin and Lee Child both fell on hard times before breaking through, what humility and drive it takes to become a writer, and Humphrey may also be able to coax her into spilling the beans on a group called Rogue Women Writers, which sounds like a mystery in itself. 12.00 pm Thursday 31st March, Humphrey with Kimberley Howe in the world of the thriller on Goldster Inside Story. 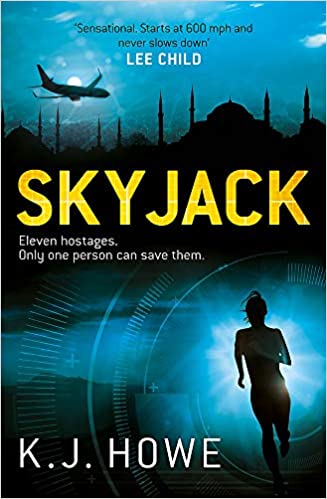