Nigel Planer was one of the original members of the Comedy Store and Comic Strip groups at the centre of the ‘Alternative Comedy’ movement in the 1980s, and a star of the seminal TV series The Young Ones and The Comic Strip Presents.

Alongside his many TV and radio appearances, Nigel is also an accomplished playwright; his plays include On the Ceiling, Death of Long Pig, The Game of Love and Chai, Vulcan 7, All Above Board and the musical She Devil. He is also a published poet, has written articles for newspapers and has taught writing for the prestigious Arvon Foundation.

Nigel is the author of three non-fiction books: A Good Enough Dad, Therapy and How to Avoid It, and the I, An Actor. The latter was a satire, which spawned the BBC TV and radio series, The Naked Actor as well as his new podcast I, An Actor. He has also published two novels, The Right Man and Faking It, and is currently writing his third: Jeremiah Bourne in Time. Nigel describes it as  “a sort of historical, future fantasy, sci-fi, dystopian, steampunk, comedy, time travel kind of adventure. I’ve always had trouble with genre categories so I thought I’d put them all in. The book is about travelling in time, but not in space. Because Jeremiah doesn’t ‘go’ anywhere, he stays exactly where he is.”

Join Lucinda Hawksley on 14th of April as she chats to Nigel Planer about his journey from Neil the hippy to Jeremiah Bourne, via Michelangelo and Robert Louis Stevenson, for the Goldster Inside Story. 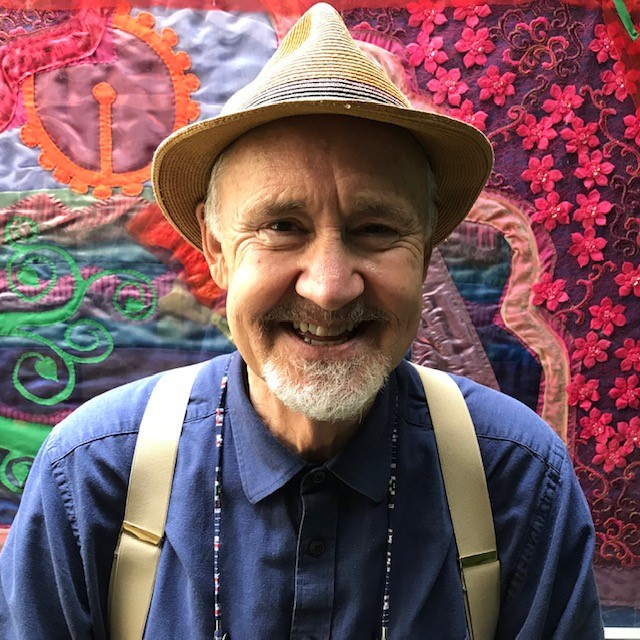