with James Hanning Author of Love and Deception: Philby in Beirut 01 July 2022

James Hanning is not an author to be messed with. He writes on politicians, criminals and spies who in today’s culture might seem interchangeable.  On his social media, James describes himself as a recovering journalist, having worked for the Daily Mail, the Evening Standard and the Independent on Sunday.   Yet, as we all know, as with spies, once a journalist always a journalist. His books include examinations of former prime minister David Cameron and the phone hacking scandal which so badly damaged News International and Rupert Murdoch. And, on this Goldster Inside Story Humphrey Hawksley will be talking to James about his latest expose, reaching back into the 1950s with Love & Deception: Philby in Beirut,  the result of 20 years of research into one of the Cold War’s most mysterious episodes. Kim Philby was banished to Lebanon in 1956 after being suspected of having links to other Russian spies Guy Burgess and Donald Maclean. There,  an amazing love affair blossomed between him and Eleanor, a bright, cultured, attractive American. They married and their love survived the most shattering of calamities including Philby’s flight to Moscow in 1963. Drawing on some of those closest to the main players, James sheds new light on the love of Philby’s life and breaks remarkable new ground on the pro-Soviet spy group who became known as the Cambridge Five.  Join Humphrey and James in conversation on Kim Philby – or if you prefer David Cameron and phone hacking. This is Goldster. It’s your discussion. 12.00  Friday July 1st. 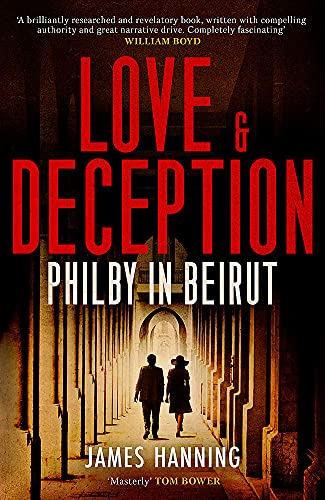