Henrietta Heald is the author of Magician of the North, a biography of William Armstrong, the dazzling Victorian inventor, engineer and industrialist who created Cragside in Northumberland, the first house in the world to be lit by hydroelectricity. The book was shortlisted for two literary prizes and, since first publication in 2010, has generated huge interest in Armstrong, with Henrietta making many appearances on TV and radio and in various publications to elucidate his life and work. Earlier this year, she appeared in ‘Diggers’, an episode of BBC2’s Inside the Factory, when she was interviewed about Armstrong’s invention of the hydraulic crane.

Henrietta’s most recent book is Magnificent Women and Their Revolutionary Machines, about the extraordinary and inspiring individuals who set up the Women’s Engineering Society a century ago. She argues that the achievements of the women engineers amounts to a vibrant ‘wave’ of feminism that until now has eluded the attention of historians.

Before taking up the pen herself, Henrietta had a long and successful career in book publishing. She was chief editor of Chronicle of Britain and Ireland and the Reader’s Digest Illustrated Guide to Britain’s Coast. Her other books include Coastal Living, La Vie est Belle, Blue & White At Home and a National Trust guide to Cragside. A graduate in English from Durham University, she has become a campaigner on behalf of women engineers and the regeneration of local heritage in northeast England. Join Henrietta as she chats to Lucinda Hawksley, at 12pm on 5th May, on the Goldster Inside Story. 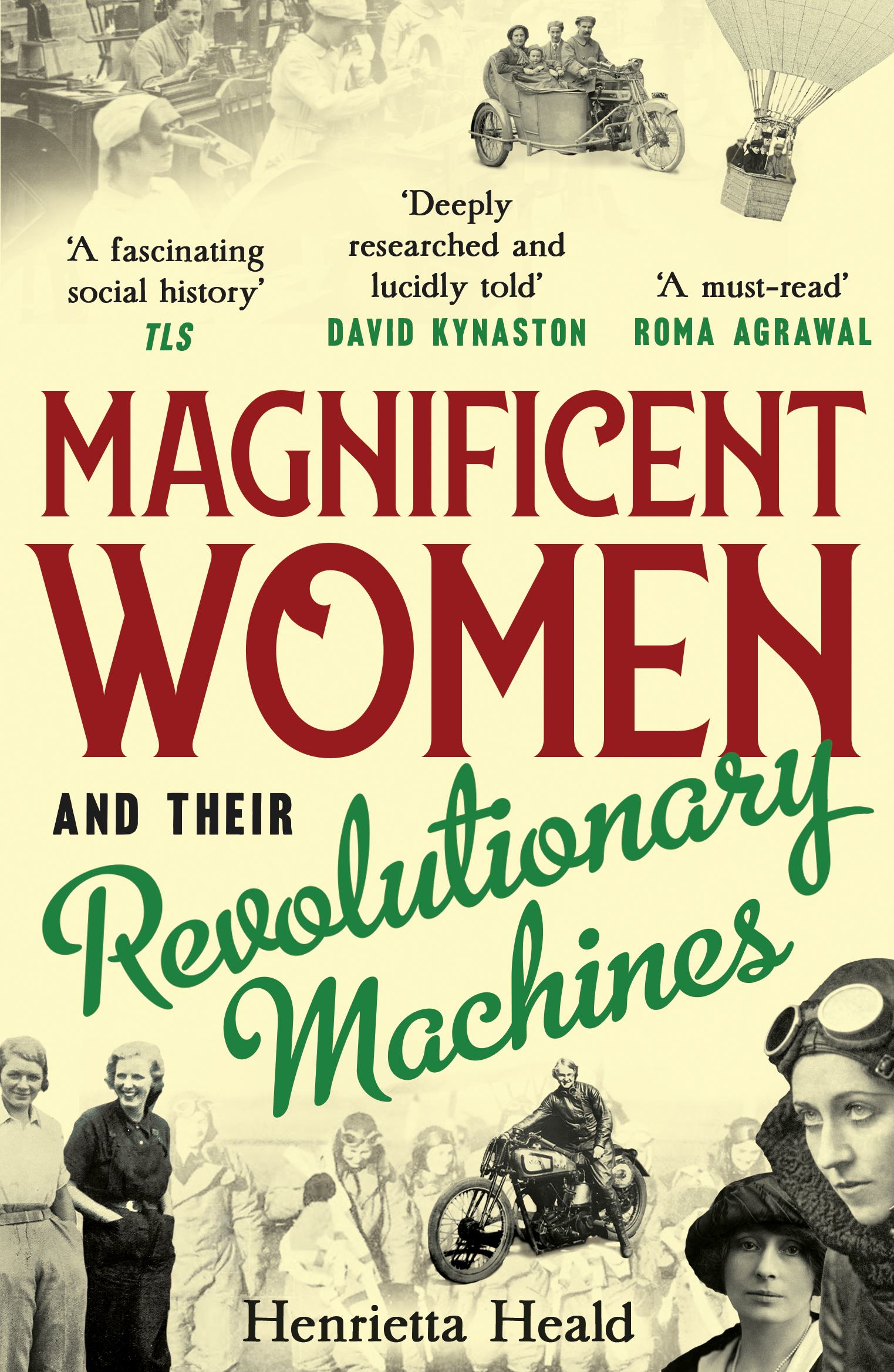