with He Jiahong Author of Hanging Devils 09 June 2022

Described as the John Grisham of China, crime thriller writer He Jiahong is the author of titles such as Hanging Devils, Black Holes and Back from the Dead.  Drawing on his experience as Professor of Law at the People’s University in Beijing, He Jiahong, is a master of story-telling which takes us to incredible parts of China that we never see. His highly-acclaimed Hanging Devils is set in the early 1990s when lawyer Hong Jun, recently returned from the United States, sets up a fledgling practice in Beijing and immediately gets drawn into the case of a brutal killing in China’s frozen north-east. In the finest tradition of international crime fiction and inspired by real-life events, He Jiahong delves into the underbelly of China’s provincial police and justice system.  In Black Holes, with the same protagonist we travel into the Chinese world corporate fraud and into a family web that takes us back to the chaos of the Cultural Revolution.  In the non-fiction Back from the Dead, He Jiahong explores a notorious case of wrongful conviction and miscarriage of justice.  He Jiahong is a much sought-after speaker and one of China’s leading experts on criminal evidence, evidential investigation and criminal procedure. He gained his doctorate of law at Northwestern University in Chicago. In this brilliantly unusual Inside Story, He Jiahong will be speaking to Humphrey Hawksley from Beijing. Join them 12.00 BST Thursday June 9th 2022 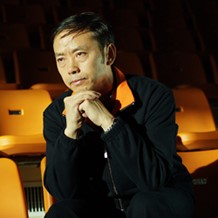