with Dr Kathryn Harkup Author of A is for Arsenic: The Poisons of Agatha Christie 08 September 2022

Dr Kathryn Harkup is a chemist and author. She gives regular public talks on the disgusting and dangerous side of science as well as writing books looking at some of more macabre science in literature. For example, Making the Monster: The Science of Mary Shelley’s Frankenstein, Death by Shakespeare: Snakebites, Stabbings and Broken Hearts and Vampirology: The Science of Horror’s Most Famous Fiend. Her first book, A is for Arsenic: The Poisons of Agatha Christie, explores the chemical methods of murder used in the most popular murder mystery stories of all time and Kathryn is joining Lucinda Hawksley for Goldster’s very special Agatha Christie month.

Agatha Christie revelled in the use of poison to kill off unfortunate victims in her books; indeed, she employed it more than any other murder method, with the poison itself often being a central part of the novel. Her choice of deadly substances was far from random – the characteristics of each often provide vital clues to the discovery of the murderer.

Christie’s extensive chemical knowledge provides the backdrop for A is for Arsenic, in which Kathryn investigates the poisons used by the murderer in fourteen classic Agatha Christie mysteries. It looks at why certain chemicals kill, how they interact with the body, the cases that may have inspired Christie, and the feasibility of obtaining, administering and detecting these poisons, both at the time the novel was written and today. A is for Arsenic is a celebration of the use of science by the undisputed Queen of Crime. Join Kathryn and Lucinda at 12pm on 8 September to find out more. 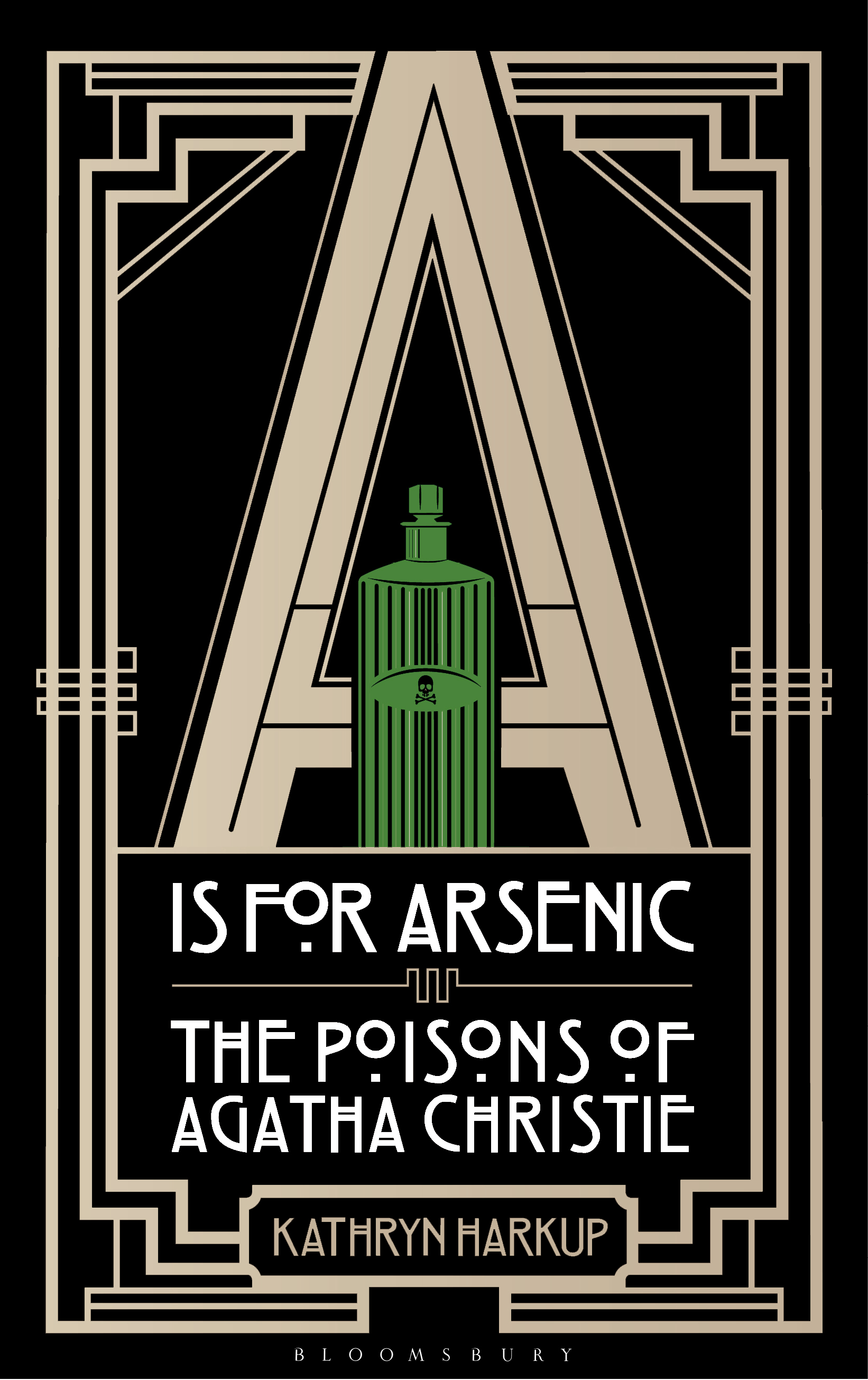