with Gretchen Friemann Author of The Treaty 25 August 2022

On the morning of 11 October 1921, Michael Collins, leader of the ‘Irish murder gang’, bounded through the door of 10 Downing Street and shook hands with the British Prime Minister. So began the first day of the most important political negotiations in modern Anglo-Irish history. Nearly two months later, in the early hours of 6 December 1921, the talks culminated in the signing of what in Ireland is known simply as ‘the Treaty’ – a document that had been designed to end one violent conflict, but which soon gave rise to another.

A year later, four months before the treaty was implemented Michael Collins was assassinated by extremist Irish republicans.

A century on, in The Treaty, award-winning journalist Gretchen Friemann has produced a gripping account of the tense and protracted negotiations between the Irish and British delegations, shining a fresh light on the complex politics and high-stakes bargaining that produced the agreement.

This stunning Goldster Inside Story will mark the centenary of the Michael Collins’ murder and,  in their hour long conversation, Gretchen and Humphrey will explore a vivid arc of narrative history that resonates across the intervening century to the age of Brexit.  Gretchen will also bring to life the key players including Lloyd George, Churchill and Chamberlain of the British team, and Collins, Griffith, Gavan Duffy and Erskine Childers of the Irish delegation.

Join Humphrey Hawksley and Gretchen Friemann at 12.00 August 25th to explore the tumult of Anglo-Irish history and how what unfolded then is still impacting all our lives today. 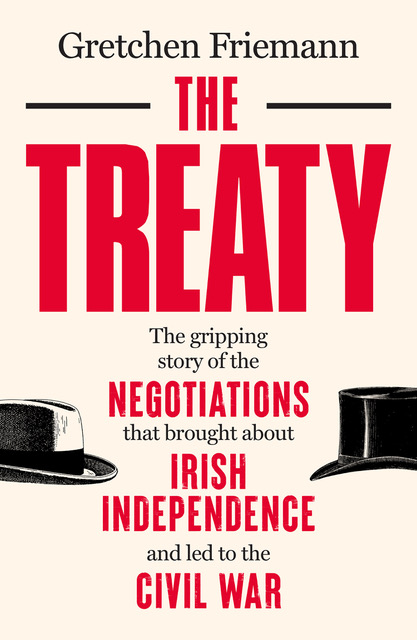