Book of the Month with Lucinda

What does ‘Bondmaid’ mean? Why was it missing from the Oxford English Dictionary? Discover the story of the little girl who stole it, in this bestselling debut novel.

Deprived of her mother in infancy, Esme grows up surrounded by a world of words. Much of her childhood is spent in the ‘Scriptorium’, a garden shed in Oxford, inside which her father and a team of lexicographers are collecting words for the very first Oxford English Dictionary. While her father works, Esme plays beneath the table, watching as discarded words flutter to the floor. Soon, Esme begins to collect words of her own – words that are considered of too little importance by the men above her.

As she grows up, Esme comes to realise that some words are considered more important than others. As she – and the reader – ponder that realisation, it becomes apparent that it is words relating to women’s experiences which tend to go unrecorded. Secretly, Esme begins to collect words for another dictionary: The Dictionary of Lost Words.

Pip Williams grew up in England and now lives in Australia. Her debut novel – which has received critical acclaim on both sides of the world – evokes beautifully a time when women’s suffrage movement was dominating the news and World War One was waiting in the wings. Read or listen to The Dictionary of Lost Words – a novel rich with themes to discuss – then join the Book of the Month zoom on Friday 29 July and chat about it with Lucinda and the rest of the Goldster Book Club community. 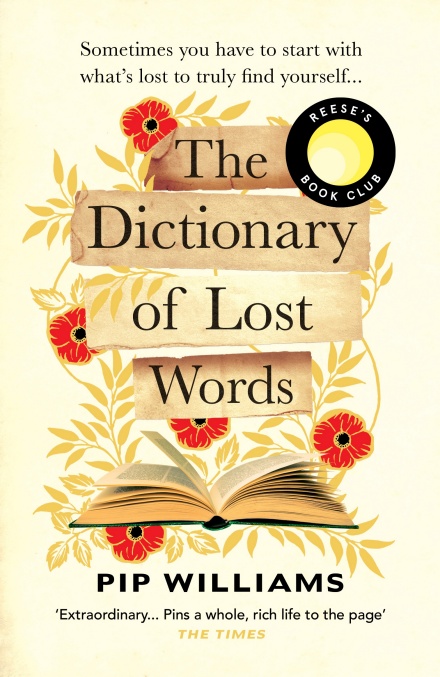