Inside Story with Humphrey Hawksley

with Anthony Franze Author of The Outsider, Every Last Fear 07 January 2022

It’s a year exactly since protestors stormed the Capitol building in what is widely described as an attempted coup, and for our second New Year Goldster Inside Story we are travelling to Washington, D.C. – the heart of US horse-trading, power-broking and politics – to talk to Anthony Franze, a Supreme Court lawyer who has represented more than forty cases. Anthony has been hailed as a high-court ‘aficionado’ by the National Law Journal and is listed as a 'DC Super Lawyer'.

Anthony has drawn upon his work at the Supreme Court to write three critically acclaimed novels: The Last Justice (2012), The Advocate’s Daughter (2016) and The Outsider (2017). His writing has been praised by such luminaries as James Patterson, Linwood Barclay and Lee Child and is described as brilliant, suspenseful and rich with authenticity. Anthony recently introduced a second strand to his portfolio with the fast-paced novel Every Last Fear, written under the pseudonym of Alex Finlay and described as one of the most gripping psychological thrillers of 2021. The highly anticipated second Finlay novel The Night Shift is out in March 2022.

Goldster had originally planned to talk to Anthony early last year, but he went down with Covid. Now, fully recovered, he’s coming on the show to take us inside the twists and turns of life as a Supreme Court lawyer and reveal how he manages to write bestselling novels in his spare time. Join Humphrey Hawksley and Anthony Franze on Friday, 7th January 2022, for a riveting conversation. 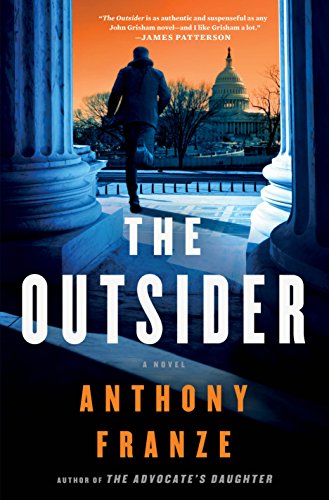