Humphrey welcomes back Adam LeBor, his first ever Goldster Book Club guest last year when they  celebrated the life of John Le Carre. Adam is the author of eight non-fiction and six fiction books ranging from true crime with Hitlers Secret Bankers to fictional thriller noir with his much-acclaimed Balthazar Kovacs Danube Blues detective series set in Hungary where Adam lived for many years.

In their wide-ranging conversation, Humphrey and Adam will mark the launch of Dohany Street, the latest in the series which begins with the disappearance of a young Israeli historian researching what happened to the assets of the Hungarian Jews murdered in the Holocaust. Adam has been praised for deftly blending fiction with non-fiction, giving his story-telling deep credibility. His hero, Balthazar Kovacs, has been described as a ‘terrific character’, not least because he comes from the minority Roma Gypsy community. The previous in the series, Kossuth Square, was named a Times Book of the Month.

Before becoming an author, Adam was a reporter on many Fleet Street newspapers writing stories which ranged from seeking London’s best dry Martini to investigating Nazi war criminals who found sanctuary in Britain. He then became a foreign correspondent, mostly based in Hungary, covering the collapse of European communism and the conflicts stemming from the collapse of Yugoslavia in the 1990s as well as hair-raising crises all over the world. He now is a writing coach and editorial trainer as well as thriller critic for the Financial Times, picking out the best thriller of the season and, always, with an eye for new talent. 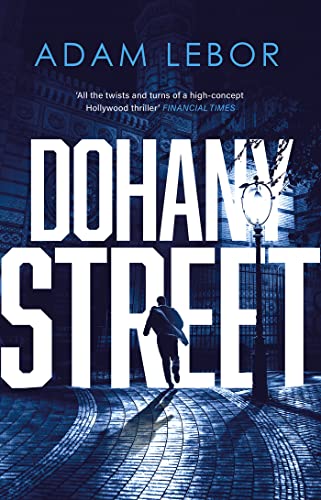