Death on the Nile is one of Agatha Christie’s most famous stories  -- a glamorous river steamer, an exotic foreign location,  the terrifying search for a murderer when an idyllic honeymoon is shattered by violent deaths and the wonderful detective character of Hercule Poirot. It was published in 1937 when Britain controlled Egypt and Nazism was on the rise in Germany. For this Agatha Christie-themed Goldster Inside Story, we are going to travel deep into the River Nile with Arabist Vyvyann Kinross and discuss its history, its secrets, its nature and its politics. His latest book is Nazis on the Nile which tells the unknown story of how German Nazis help build the post-colonial Egyptian dictatorship of President Gamal Abdel , culminating in Britain’s Suez Crisis of 1956. Vyvyan’s earlier book is Information Warriors: The Battle for Hearts and Minds in the Middle East. Vyvyan has roved the Nile region for decades. He has been a UN Senior Adviser to the Palestinian Authority and Government of Abu Dhabi and is on the Executive Board of the London-based Council for Arab British Understanding. Join Humphrey Hawksley with Vyvyan Kinross at 12.00 Thursday September 15th and hear the stories swirling around the mysteries of the River Nile. 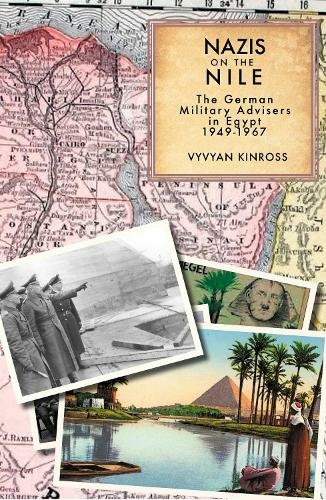