with Nick Higham Author of The Mercenary River 02 September 2022

The Mercenary River tells the story of the River Thames and London’s struggle to supply its citizens with water from the Middle Ages to the present day.  Humphrey Hawksley is with author and journalist Nick Higham to discuss his page-turning narrative that uncovers a series of incredible stories about Britain’s most famous river:

How the most powerful steam engine in the world was first brought to London; how one Victorian London water company deliberately cut off 2,000 households, even though it knew they had no alternative source of supply; a financial scandal which brought two of the water companies close to collapse in the 1870s; and the Chelsea Waterworks which was the first in the world to filter the water it supplied its customers, the same technique still used to purify two-thirds of London’s drinking water..  The final question Humphrey will put to Nick – are today’s 21st century water companies any improvement on their Victorian predecessors?   Mercenary River is a tale of remarkable technological, scientific and organisational breakthroughs. It is also a story of greed and complacency, high finance and low politics. Nick Higham is a Londoner, who spent thirty years with the BBC, fifteen as their arts and media correspondent and also hosting ‘Meet the Author’ on the BBC News Channel. So he may have some tips for Goldster’s Inside Story presenters. Join Nick and Humphrey 12.00 Friday September 2nd  on a historical trip down the river on Goldster Inside Story. 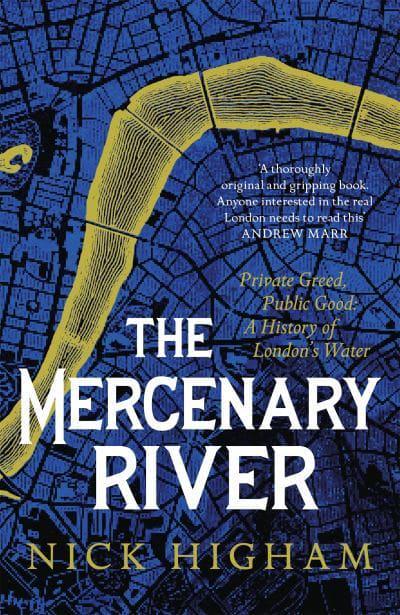